A Brief History of The Friends of the Bellaire Library

In 1949, the small town of Bellaire was rapidly developing into a suburban community on the fringe of Houston.  That year the Bellaire Women’s Civic Club was formed.   In January of 1951 a committee was named from the club for the formation of a Bellaire Library.  The committee’s first move was to hold  a community-wide book drive.  Books were collected, selected and catalogued under the direction of Mrs. Vincent Prendergast, a professional librarian who was also a member of the Women’s Civic Club.

The Friends formally presented the Library to the City of Bellaire in May of 1951. The library was set up in an 18′ x 20′ room in the Community Building.   Five women of the Women’s Civic Club were elected to form the first library board to “help guide the destiny” of the Library.

The “Friends of the Library” had their first organizational meeting on October 22, 1951, just six months after opening the Bellaire Library. By-laws were adopted at the first public meeting on December 6, 1951. The Friends appealed to service and garden clubs to include the library on their list of projects. They held a Poster Contest at area schools to promote the Library and invited guest lecturers to speak before the membership. The Friends also published a quarterly report to keep the public informed on the progress and needs of the library, called The Title Page.

The Friends continued to press the city to support the expanding library.   In 1953, a group of the Friends of the Library met with Gary Summers (the new city manager) to discuss plans for expanding the library. In August 1953, the construction of two new rooms began. The Friends began to raise money to buy furniture for the new addition by collecting donations, selling the Book of Health, and using various other means such as having a silver tea.   In the summer of 1954, the Friends sponsored the first summer reading program, called the Davy Crockett Reading Club. 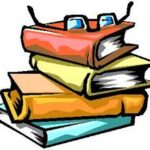 The first Book Sale on record was in October of 1954.   In the fall of 1955, another successful Book Fair was sponsored by the Friends of the Library, and in 1956 the first outdoor Used Book Sale took place in the arcade of the Bellaire Center. The Friends also started the Memorial Book Program to fund the purchase of additional books for the library

In the spring of 1957, The Library Board worked on a plan for the future to secure a new library building. They met with City Council about soliciting funds to build a new building.   Council opposed this plan, believing the city would be able to take care of the library requirements for more space in due time. They thought that within five years this could happen. Until then, the City Council Room was added to the library when an addition to City Hall was complete.

The Library moved into their new building on May 9, 1962. The building on Jessamine was fifteen times larger than the original space.

Because we are a 501 (c) (3) non-profit organization, your contributions are tax deductible to the full extent of IRS regulations and may be matched by your employer.  Please check, and thank you.